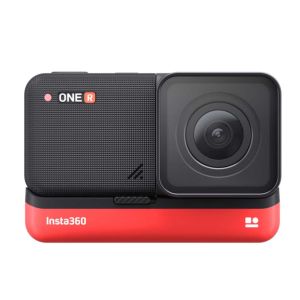 The concept is simple — one battery, one processor and a selection of quick-swapping lens Mods. In an instant, ONE R transforms from a dual-lens 360 shooter to a standard action cam. ONE R currently offers three ways to shoot with three available lens Mods — the Dual-Lens 360 Mod, the 4K Wide-Angle Mod and the 1-Inch Wide Angle Mod co-engineered with Leica.

ONE R is designed to give creators, athletes and adventurers a single tool that can adapt to any shoot.

In terms of creative freedom, nothing beats a dual-lens 360 camera. It unlocks the ability to reframe shots after the fact, ensures that users never miss the action, and enables unique techniques such as drone-like aerial angles. But for scenes in which action is concentrated in one direction, a reframed shot from a 360 camera still doesn’t achieve the same level of quality and resolution as a specialized single-lens shooter.

These two camera formats have unique strengths and tradeoffs — just as telephoto and wide-angle setups on an SLR camera have equal but opposite strengths. The only way to take advantage of both formats is with an easy, efficient way to switch from one to the other on the fly. ONE R is just that.

Best quality ever in an action cam.

ONE R redefines what’s possible with an action cam. Each of its three available Mods unlock breakthrough imaging and quality.

Dual-Lens 360 Mod: This Mod supports 5.7K capture on two lenses that cover every direction at once. It enables a real-time 360-degree preview on ONE R’s touchscreen, while innovations like Color Plus, HDR video and Night Shot achieve the best color accuracy and low-light performance in any consumer 360 camera.

4K Wide Angle Mod: Ready for 4K at 60fps, this Mod captures crisp, vibrant, stabilized action and supports up to 8x slow mo. Its reversible design lets you flip the touchscreen from back to front in a snap — perfect for getting real-time feedback when filming yourself.

Leica worked closely with Insta360 on the optical engineering and industrial design of the 1-Inch Wide Angle Mod, and contributed its unmatched expertise in image quality and color reproduction.

Smooth moves. Even in the dark.

Voice control lets you control ONE R with a few simple commands. If ONE R is mounted on a helmet or out of reach, just give it a shout.

Enter Auto Frame. Insta360 has developed its own computer vision algorithm to identify the best parts of any 360 video and recommend them to creators. There’s still plenty of choice, but the ONE R app’s Auto Frame feature helps you quickly narrow down the shots worth considering and does the reframing for you.

AI-powered computer vision also enables ONE R’s mind-blowing tracking capabilities. When editing 360 video, creators can simply select a subject to follow with a tap. The ONE R app will automatically keep it locked in center-frame. Even if a subject is obscured by an obstacle, ONE R’s algorithm will remember it and start tracking again as soon as it reappears.

And if you don’t want to wait for post-production to choose your subject, you can also use Deep Track in real time. ONE R’s unique “Point to Track” feature lets you lock onto a subject with the voice prompt “Mark that!”. The next time you connect to your camera, you’ll get an automatically reframed shot that follows your chosen subject — it’s like having a cameraman with you wherever you go.

No drone. No problem.

ONE R also supports HDR modes for both photos and video, and creators can take advantage of Color Plus to do an automatic, one-touch color grade that brings out brighter, more vibrant hues.

When it comes to color reproduction and low-light performance, the 1-Inch Wide Angle Mod co-engineered with Leica is in a class of its own. Its 1-Inch sensor brings out highlights and shadows in vivid detail. Vloggers will be tempted to leave the rest of their kit at home.

Every ONE R build comes standard with two onboard mics and an automatic wind-reduction algorithm that achieves great sound straight off the camera. However, its USB Type-C port and top-mounted Accessory Shoe also allow for easy third-party 3.5mm mic connection.

The ONE R app comes with a range of new editing features designed to help creators take advantage of all its capabilities. The TimeShift hyperlapse effect popularized by ONE X can now be completed with a couple taps, and a new pose-detection algorithm lets creators instantly identify and extract every frame of a clip in which they strike a similar posture — enabling mind-bending stop-motion effects that used to take hours of work.

New Starlapse mode automatically calibrates exposure settings to capture stunning time-lapses of the night sky — creators just pick a time and a place and hit record. The ONE series’ signature Bullet Time effect has also been upgraded with a smart horizon-leveling algorithm.

FlashCut is the ONE R app’s content-aware editing algorithm. First, it finds shots based on a theme set by the creator — like food, travel or pets. Then it combines them on beat into a stylish edit. FlashCut can filter and combine footage captured by any ONE R build — 360 or standard.

ONE R doesn’t stop at three Mods. Its unique design enables a huge range of efficient add-ons and upgrades. The standard Battery Base can be swapped for a double-size Boosted Battery Base for extended shooting.

An Edition for every mission.

ONE R is all about choice. Creators can purchase exactly the combination of gear that suits their needs. However, Insta360 also offers a range of prepackaged Editions that give creators everything they need to get started with some of the most powerful combinations of Mods. 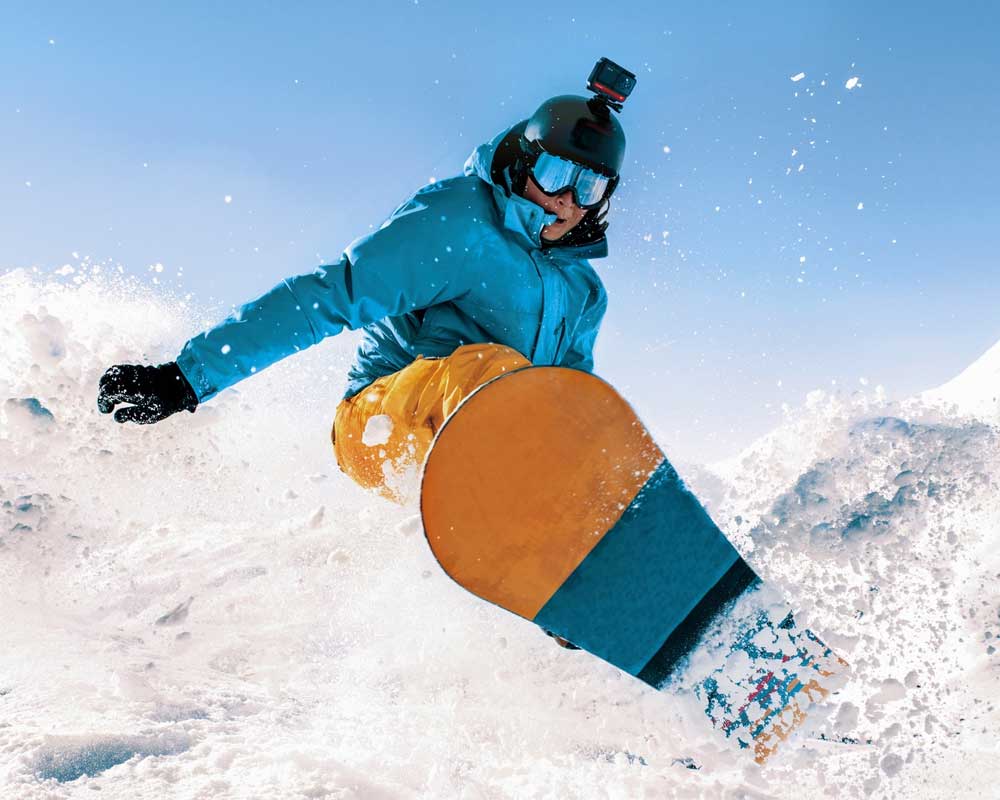 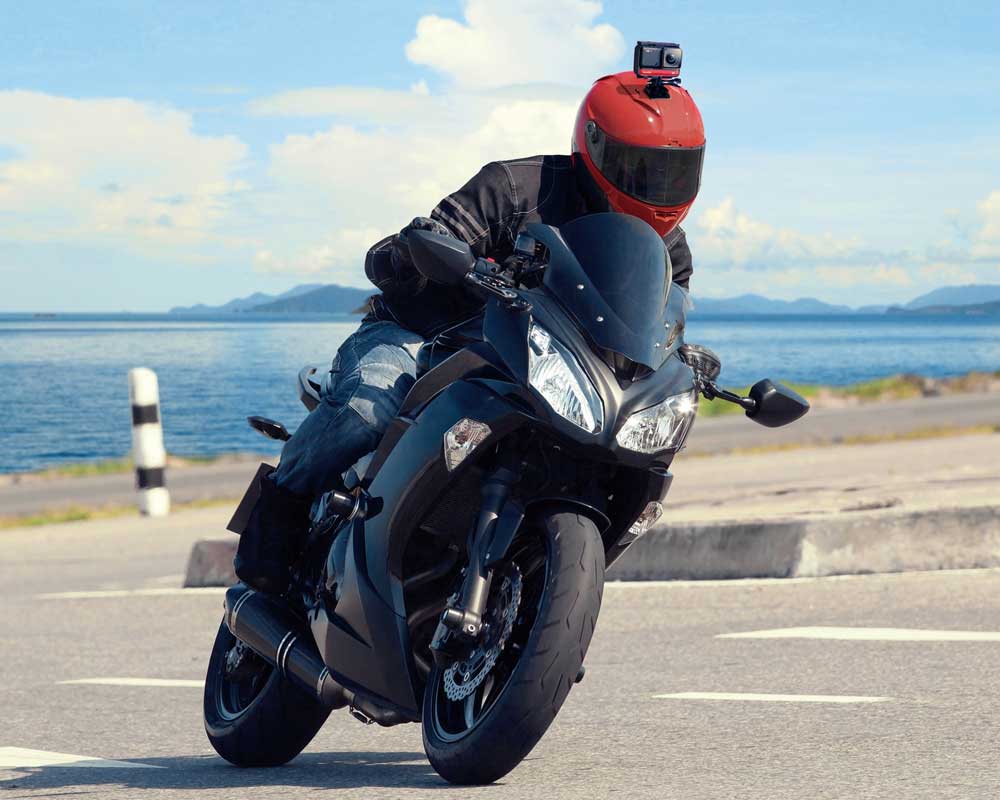