Leica is a company based in Solms, Germany and was established in 1849 developing world-class microscopes at Leitz, Wetzlar until a new idea by Oscar Barnack caused a real stir. As early as 1905 he had an idea of reducing the negative format and enlarging the photographs at a later stage, then turning this idea into a reality ten years later. He developed the Ur-Leica which is arguably the first truly successful small-format camera in the world with 25 models created as a prototype in 1923. This however did not enter production until 1924 due to WW1 and was introduced to the public a year later. This changed the world of photography as it offered a new, portable, simple and a quick method of photography, creating masterpieces of artistic imagery and reportage helping to expand our knowledge and perception of the world.

The Ur Leica turned into lasting success as in 1932 around 90,000 cameras were in used then to a million in 1961 with a number of milestones created along the way. The Leica M3 in 1954 marked the end of an era for screw thread cameras, with film transport being made easier with the use of a rapid-wind lever. 1976 saw the first electronic Leica with the Leica R3 then two years later the Leica M6 had a selective light measurement and LED display in the finder. At the similar time, the Leica lenses were beginning their success story along with Leica binoculars which impressed the world with their performance and comfort. 1989 saw the first compact point-and-shoot model entering the market while nine years later saw the launch of the first digital camera-the Leica-Digilux. All developments are focused on the requirements of the user and are characterised by the highest quality, focus on essential functions, and comfortable user-friendly controls.

A prototype Leica camera was sold for £1.74m on the 13th of May 2012 setting a new world record for a camera as it was one of just 25 models created in 1923 as a prototype for the groundbreaking Leica. It is known that there are only 12 of this type of camera remaining in the world. There is a society for Leica which is an independent, non profit organisation, founded and run by, dedicated users of and enthusiasts for the Leica camera system, its history and development. Their objective involves researching all aspects of Leica, learning and sharing knowledge with members wither via email, meetings or at Leica weekend event. 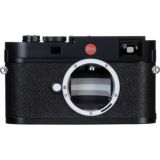 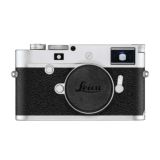 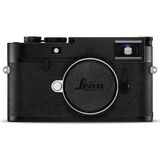