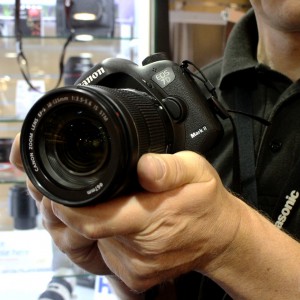 Just had to let you all know we have had a 7D mark ii in store this afternoon , just for an hour, and first impressions are unbelievable!

The new body looks just like the old model but that is where the similarity ends, you’ll read all of the specification so I won’t list it all here but, in usage the camera just feels so much quicker & responsive and the upgrade of the weather seals will make it a dream for sport and wildlife use.

The menu system is upgraded to look almost the same as the 5D mark iii including its own AF menu and it also has a really useful feature of recognising ‘Flicker’ from Fluorescent and other artificial light sources. 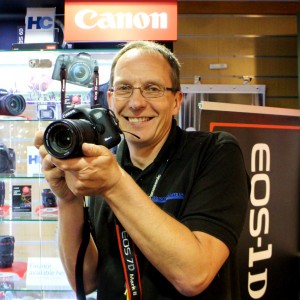 This has in the past been a problem when burst shooting in these situations as the exposure and colour balance changes from one shot to the other as the light flickers. The camera will recognise when the light is at the optimum point in the flicker cycle and shoot only when it is correct. Clever and useful.

So having had just an hour to play I can honestly say this isn’t an upgrade but in reality a completely new animal in virtually every way, get your pre-orders in… it’s worth every single penny!