How do Sigma’s new Fujifilm X mount lenses match up?

A look at the new Sigma X-mount lenses

Sigma have recently released three lenses with Fujifilm X mount fittings. These are the first of their kind from Sigma, although all three lenses are based on Sigma's existing range of cropped sensor lenses. 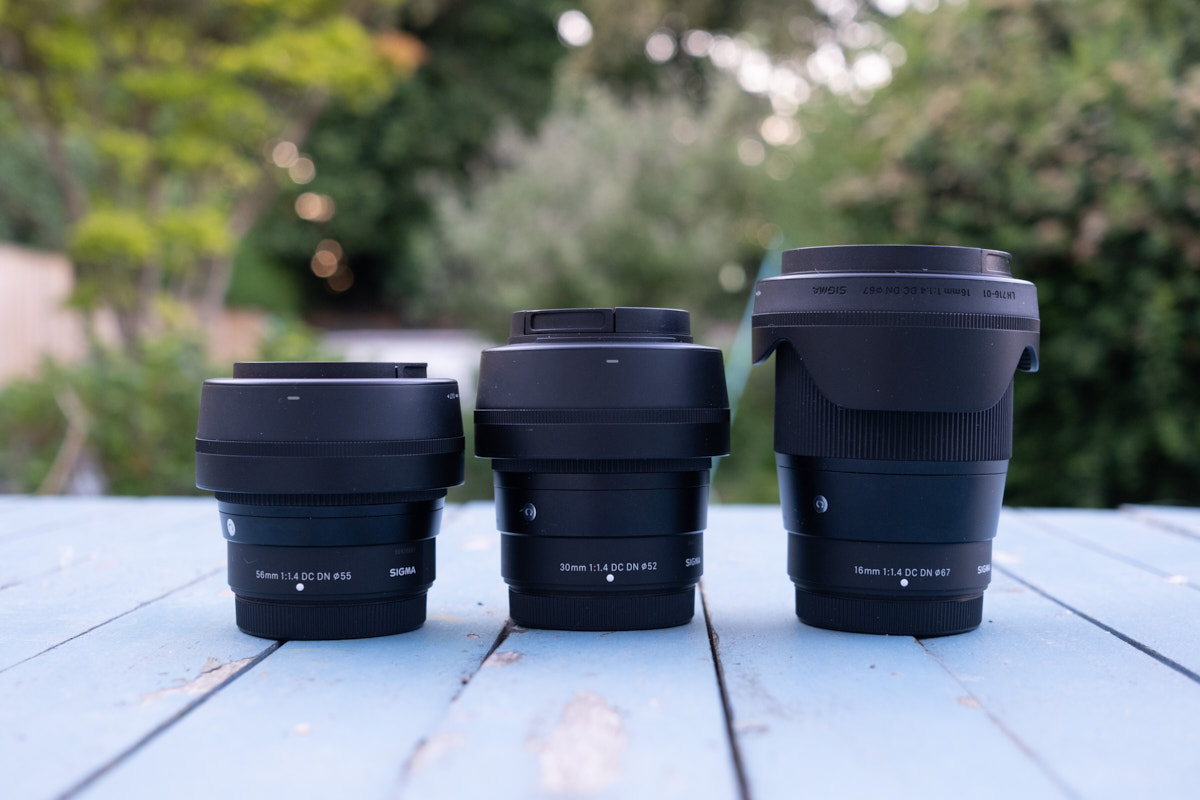 Getting your hands on the lenses the first thing to notice is that all three feel well made and solid, with being too heavy. They all have the same matte black finish that is usual for Sigma lenses and have metal mounts. Sigma says that the lenses are dust proof and splash resistant, although not tested, there is no reason not to believe this to be the case considering the construction. The 16mm and 56mm clicked reassuringly onto my X-E4 and felt solid. The 30mm felt a little less convincing when mounting, but this may be the demo copy I was using. 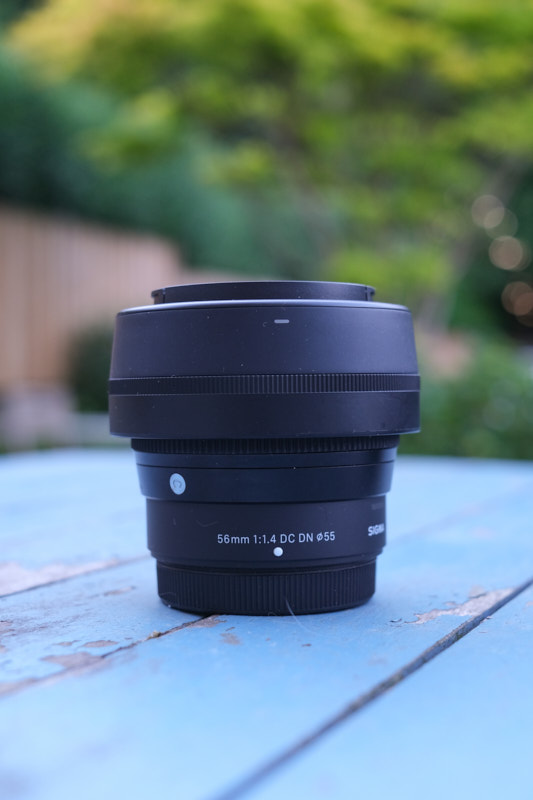 The 16mm is the largest of the lenses, but still does not feel unbalanced, it is a little longer than the Fujifilm 16mm f1.4. 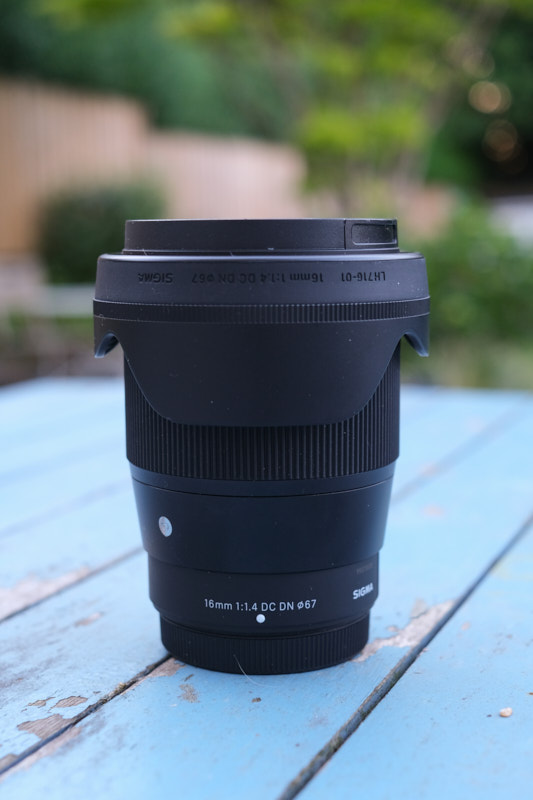 The 56mm f1.4 is surprisingly small and considerably lighter and smaller than the Fujifilm 56mm f1.2. The 30mm is around the same size as the original Fujifilm 35mm f1.4. 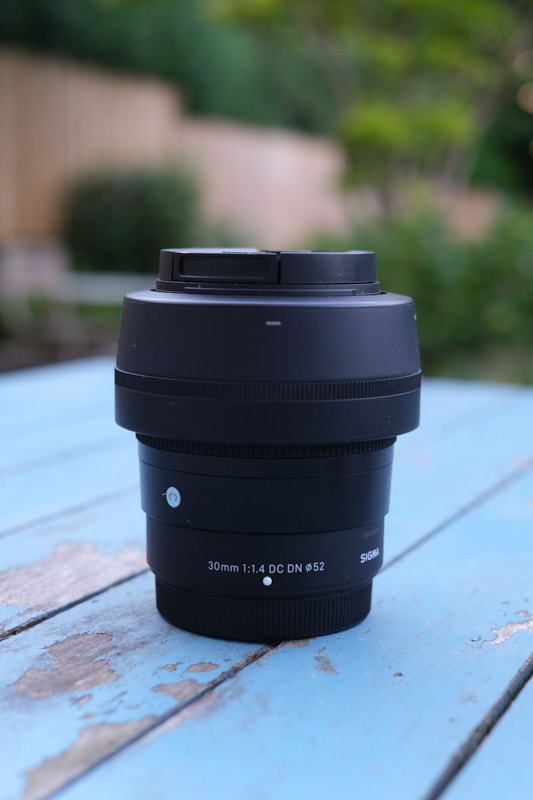 As the three lenses are all based on existing lenses there were no surprises in terms of performance. The AF was snappy and locked on without any problems, I would say it wasn't quite as quick as the latest Fujifilm lenses, but not far off. One major issue I had when using the lenses was the lack of an aperture ring. Now this is not a fault with the lenses as such, but I did find it affected the experience of using the lenses. This is primarily down to being forced to use the front wheel to change apertures, which on the X-E4 is a little fiddly. Also muscle memory made me fumble about for an aperture ring before remembering to use the wheel. As I said it's not a fault with the lens, but worth considering if you are fitting these into an existing system. 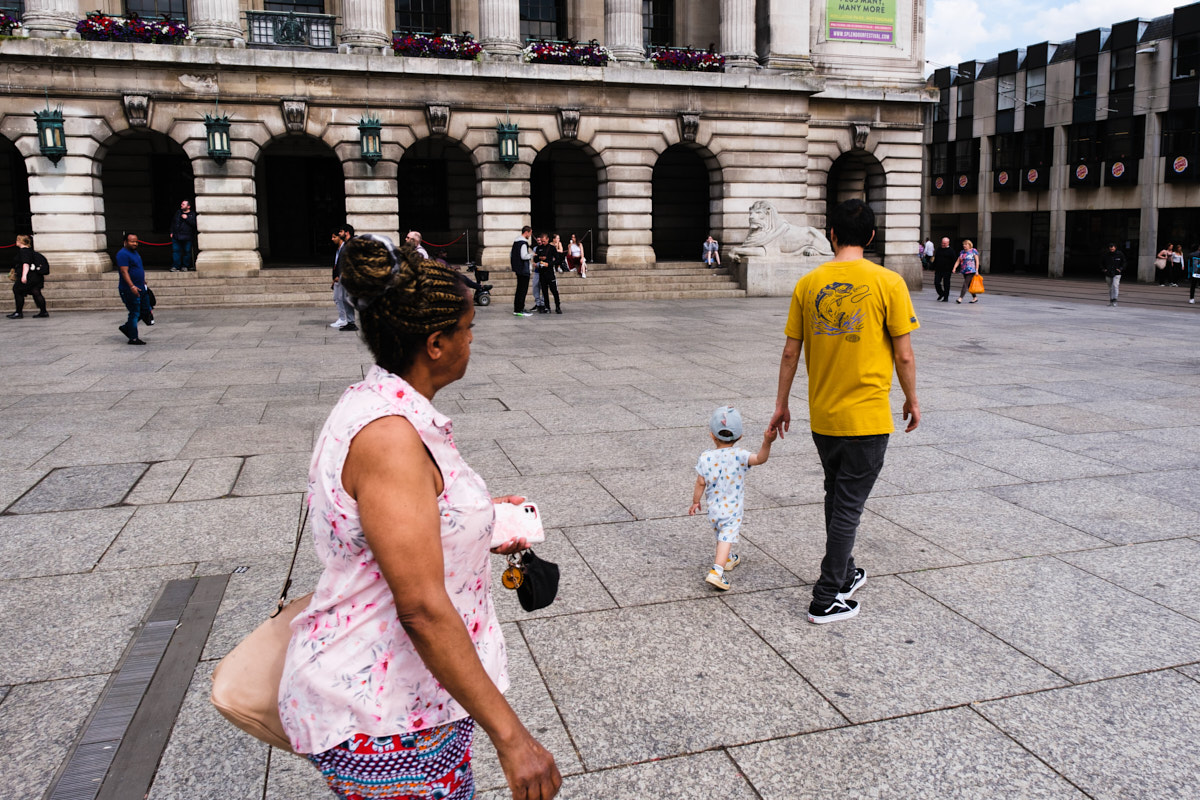 This is not a technical review with the lenses being used briefly in real world scenarios (photographing the cat). All three lenses are great performers, the 56mm produces lovely out of focus areas and has good sharpness even at f1.4. It performs really well as a portrait lens with good separation between the subject and the background. The 16mm f1.4 shows very little distortion and focussed well, 24mm equivalent is a little wide for street photography but it handled it well. The 30mm f1.4 is of similar quality and is sharp throughout.

Can the Sigma lenses replace the Fujifilm versions?

Where do these lenses fit in the range of Fujifilm X-mount lenses? There are some obvious overlaps in terms of focal lengths. Both the 16mm and 56mm have nearly direct comparisons in the Fujifilm range, whereas the 30mm sort of sits out on its own although there is the Fujifilm 33mm f1.4 which would be the closest in pure specifications. So how do these lenses stack up? That is actually quite hard to answer, the price points of the Sigma lenses are relatively low ranging from £289 for the 30mm to £359 for the 16mm and £379 for the 56mm. So even if specifications are similar to the higher end Fujifilm lenses, the price is more aligned with the 35mm f2, 50mm f2 and 16mm f2.8.

The 56mm f1.4 was a joy to use and produced some lovely portraits. The Fujifilm 56mm f1.2 is a popular portrait lens and one of the best in the Fuji range, but considering the price, the Sigma version performed well. Compared to the Fujifilm 50mm f2 the Sigma outperforms it and the extra stop on the aperture really makes the portraits pop. 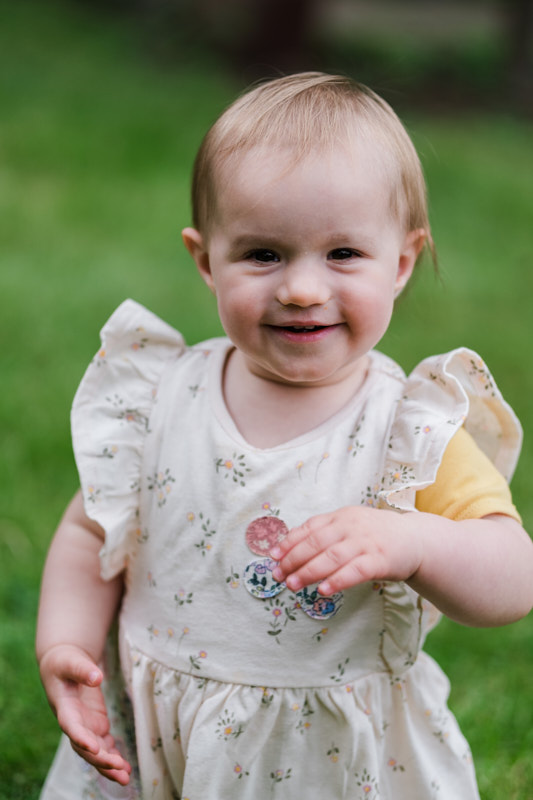 Now the 30mm is a bit different because there are quite a few options within the Fujifilm range that outperform it. It is also an odd focal length (45mm equiv) and I found that I could not quite use it in place of my normal lenses. I would say that both of Fujifilm's 23mm versions are superior and the 23mm f2 WR is not much different in price. It also does not match up with Fujifilm's 35mm options. I also prefer the focal length of the 27mm f2.8 which also comes with an aperture ring. 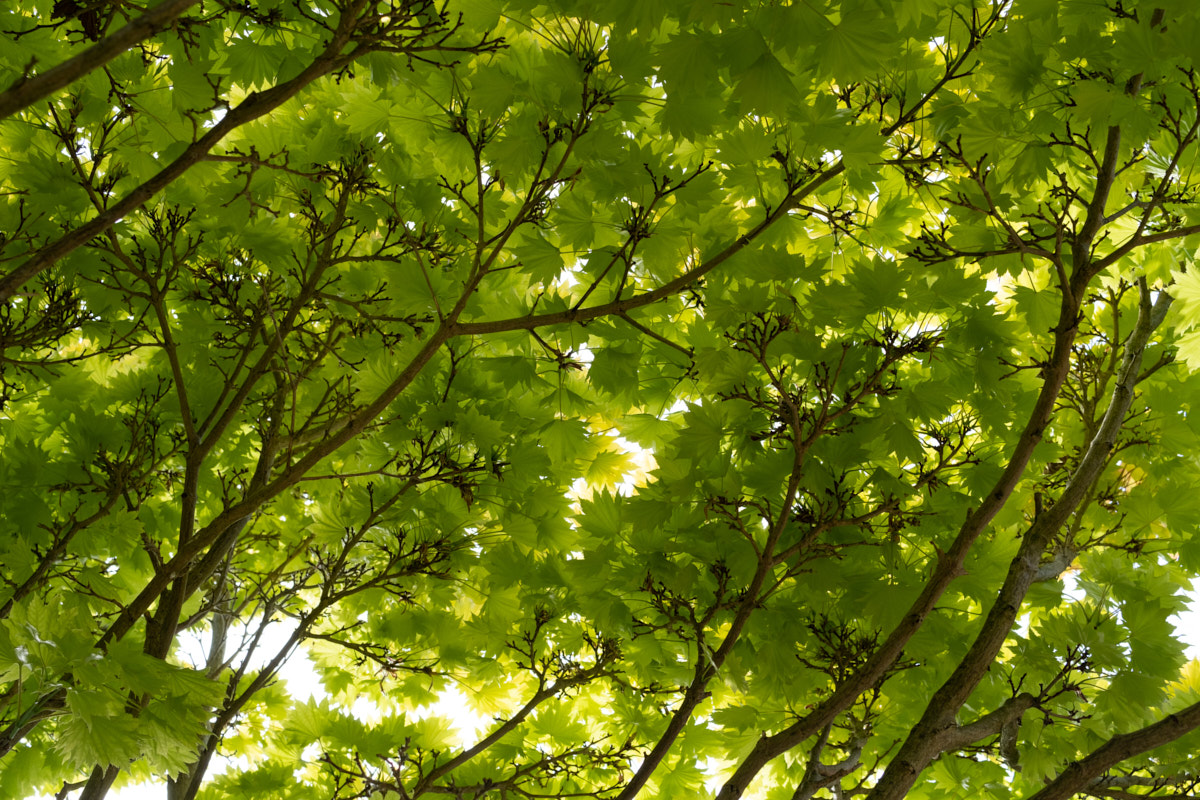 All three Sigma lenses lack the character of the higher priced fuji lenses, they also do not quite have the same sharpness and contrast as the Fujifilm lenses. This is particularly noticeable on the 30mm which I found to produce quite low contrast results. That being said, that can be rectified easily in post production. As I do not tend to use a 16mm or 56mm very often I would not hesitate to use the Sigma lenses, and will probably be adding both to my kit in the coming months. Both lenses offer excellent image quality and a fast aperture while being significantly cheaper than the Fujifilm equivalent. The 30mm, although a solid performer, is in a slightly more competitive area and one that is more likely to be used everyday by photographers. As such I think you can get better lenses for not much more money. That’s not to say that it is not worth considering as it does offer something unique to the equation. All three are able performers and are worth considering when making your next purchase. The Sigma lenses are available to pruchase, alongside other X-mount lenses, on our website. 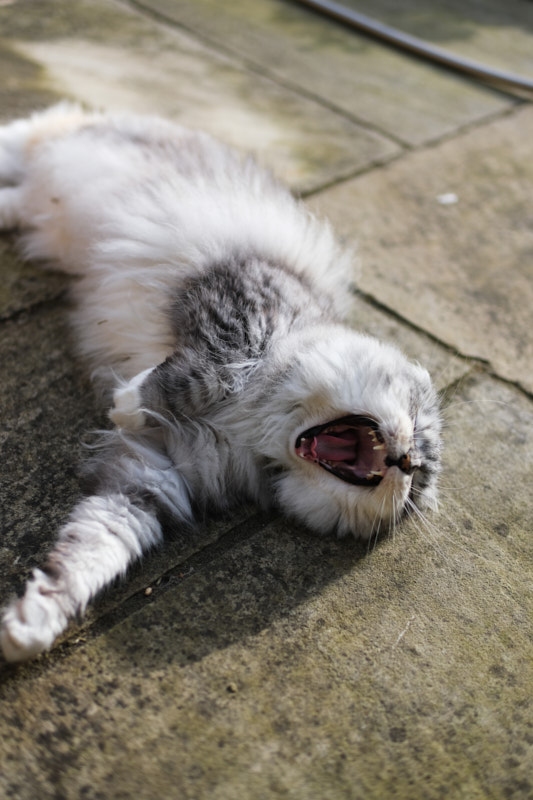